If I donate eggs, is the child biologically mine? 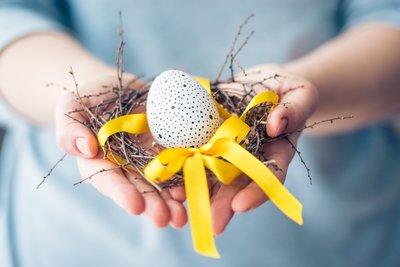 There exists, all around the world, remarkable and generous women, who are willing to consider donating some of their eggs to help another woman, who does not have eggs, to have a child.

One of the questions raised by almost every amazing woman who is considering donating, is whether an egg donation means that the child conceived with one of her donated eggs will be her child.

In this article, we answer this common question from different perspectives, including a biological, legal and recipient perspective, to provide insight into the reasons why an egg donor is not considered – biologically or otherwise – to be the mother of a baby conceived with donated eggs.

In the simplest terms, to create an embryo, two cells are required to unite: an egg cell and a sperm cell.

Each of one of these two cells contribute half of the genetic material that provide the instructions the embyo to develop into a boy or a girl, or have to a certain colour hair or eyes and express other characteristics, such as being tall or short.

It is important to realise that these characteristics are not identical to that of the person whose egg or sperm it is, but rather a specific set of characteristics drawn from her/his entire gene pool extending to her/his parents, aunts, uncles, grandparents and even great-grandparents.

Each egg cell (and also each sperm cell) has a unique combination of genes or characteristics drawn from this extended gene pool. Depending on which genes are carried by the two particular cells, the child born from it could resemble one of even both parents or may not resemble anyone in the immediate family. What this also means is that a baby born using donated eggs could resemble the woman who donated the eggs or may look nothing like her at all.

Another reason why a child will not necessarily resemble the either the source of the egg or the source of the sperm is because when the set of genes from the egg combine with the set of genes from the sperm, these genes all interact with each other, with some turning on and others turning off. This is why each time an egg cell and a sperm cell unite, a unique embryo is created.

However, this genetic makeup of the embryo is not set in stone either. As the foetus grows, every cell in the developing embryo is built out of the pregnant mother’s body, regardless of the source of the original egg cell.

The tissue from pregnant mother’s womb lining will contribute to the placenta that links her and the baby. In this way, the fetus can draw from her sugars for energy, calcium for building bones, as well as other minerals, nitrates and fluids. In addition, during the pregnancy, the baby’s genes can be turned on or expressed or silenced turned off by the interaction with the mother’s environmental cues.

Furthermore, some studies have even concluded that microRNA molecules secreted in the mother’s womb are capable of changing the genetic information of the developing foetus. This means there is evidence that a baby can even receive certain genetic inheritance from an egg recipient.

According to South African law, egg donation is always anonymous. This means that there is no way for anyone to find out who was the recipient your egg donation, nor can a child born through egg donation – or anyone else for that matter – ever trace the identity of the egg donor.

However, to help egg donation recipients choose an egg donor that matches their own physical attributes, egg donation agencies are allowed to show baby or child photos of the donor up until a maximum of age 10.

After a child is born from donor eggs, the donor recipient or birthmother and her partner are legally and completely responsible for the baby.

The donor has no legal rights and no responsibilities in terms of the children born from his or her donations. The donor is also never legally obliged for financial assistance. No contact will be allowed between the donor and the potential child in the future.

These laws also confirm that a donor egg baby is the legal child of the birthmother, and not of an egg donor.

To conceive, a healthy egg cell and a healthy sperm cell is required.

Each woman is born with around one to two million eggs. By puberty, a woman has only 300,000 to 500,000 eggs remaining. Between puberty though menopause, a woman will ovulate an estimated 400 to 500 eggs. Only a few eggs are retrieved when a woman makes an egg donation, and this in no way compromises her ability to conceive her own child in future.

The quality of a woman’s eggs is best up to her early 30s, whereafter both the quality and quantity of eggs begin to decline, with a rapid decline from age 35.

Because many women are postponing starting a family until their 40s, and because eggs can also be damaged by many other external factors, egg donation is becoming increasingly necessary to help many thousands of women who are unable to have a baby with their own eggs.

Millions of couples worldwide have experienced the joy of carrying and birthing their own child thanks to the generosity of egg donors.

While their gratitude is immense, women who conceive with donor eggs absolutely consider themselves to be the biological mothers of the babies. These women confirm that the love they have for their babies and the bond they share with their babies is not affected in any way by the fact that the babies were conceived using an egg from a donor. They are certain that they could not love their babies more – not even if their babies had been conceived with their own eggs.

How to donate your eggs

If you are among the remarkable and generous women who are willing to consider donating some of their eggs to help another woman, who does not have eggs, to have a child, you can rest assured that donating your eggs will not make you the mother of the baby conceived, not now and never in the future.

From different perspectives – biological, legal and recipient – the conclusion is clear: an egg donor is not considered to be the mother of a baby conceived with donated eggs. It will, however, make you part of a beautiful story, in which you helped a couple you will never know to have a child of their own.

To find out more, simply fill in your contact details here, or contact our Egg Donor Fairy God Mother, Linda, on 066 22 55 003 or linda@capefertility.co.za.

Your information is 100% confidential and will under no circumstances be made available to anybody else.

Contact us now to join our friendly, professional and leading Egg Donor Program!

Get an Application Form Via WhatsApp