How many times can I donate my eggs? 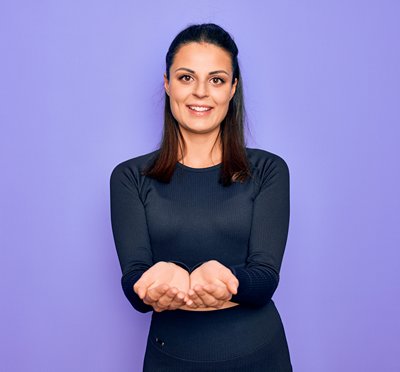 A true testament to the selfless nature of egg donors is a question frequently asked by these young women: how many times can I donate my eggs?

The short answer is that approximately six donations are allowed per egg donor, but the longer answer in this article provides a more interesting and clearer answer, as we discover who enforces the limit and why, as well as what egg donors themselves say about donating eggs more than once.

There is a rapidly growing demand for egg donors worldwide to help the fast-increasing numbers of people and couples who do not have healthy eggs of their own to achieve a pregnancy.

Donating a few eggs is indeed a substantial donation to make, but many selfless women are nevertheless motivated to go through with the process, knowing the incredible difference their donation will make to help a couple, who may otherwise never know the joy of having their own child.

In fact, many egg donors go even beyond this and donate more than once, many citing the deep and unique gratification of knowing that another woman will be able to hold her own child because of the donation.

Thanks to many advances in the medical technology, egg donation has also become a routine treatment at fertility clinics around the globe. Proven to be a safe and painless procedure with no cutting, stitches or scarring, the donation process has been completed by hundreds of thousands of egg donors since the world’s first pregnancy achieved with donated eggs in Australia in the 80s.

To protect all the parties involved, there is a limit on the number of eggs donations that can be made, as well as rules regarding the timing of the donations.

Egg donation in South Africa is regulated by Chapter 8 on Artificial Fertilization of the National Health Act (2003) and its regulations, as well as by the Southern African Society for Reproductive Medicine and Gynaecological Endoscopy (SASREG) Gamete Donation Guidelines published in 2008. SASREG serves to protect the interests of the patients undergoing fertility treatment and represents specialists in the field of reproductive medicine.

According to Chapter 8 on Artificial Fertilisation of the National Health Act, a donor can legally not donate after six live births from egg donations, or more than a maximum of six times, unless special permission by a specialist in reproductive medicine.

In practice, it means that a woman can donate up to six times, provided that she has not reached the limit on the number of live births resulting from her egg donations, which is also six.

In some cases, egg donors may have only donated twice or three times, but have reached the limit of live births allowed per donor, because their egg donations have resulted in twins or multiples, adding up to six live births even though fewer than six donations were made.

Conversely, not all donated eggs will be viable or will lead to a successful pregnancy, so it is also conceivable that egg donors may be donating multiple times without exceeding the live birth maximum.

The timing of multiple egg donations is also stipulated in the SASREG Guidelines to protect the physical and reproductive health of egg donors.

Donors may donate more than once, but a waiting period of about two to three months is recommended between donation cycles. As such, the guidelines specify that no more than approximately four egg donations should be allowed within a twelve-month period.

In addition, back to back donations are not allowed.

SASREG also requires that donors are fully briefed about the process of egg donation by the egg donation agency, as well as the possible risks and side effects. In addition, psychological assessment is required for all donors prior to their first donation, or if their previous donation was more than 12 months ago, or if they experienced a major change in their life that can have an effect on the egg donation.

How often do egg donors donate?

Many egg donation agencies will confirm that many of their egg donors make more than one donation.

One of the questions a recent local study asked was “how many times do egg donors donate?” and found that the average number of times that a respondent had donated was 2.48.

What do our repeat donors have to say?

Many egg donors at Cape Fertility Premium Egg Donation programme donate more than once, because they find the joy of helping to fulfil another’s dream to be such a rewarding experience.

Here is what a few of them have said about their multiple donations.

“I am just about to donate for the fourth time. I have to stop after this due to my age; however, if I could carry on donating, I would, because it is a chance to change someone’s life.”

“I would 100% donate again. I loved the experience, and I love the feeling of knowing I’m helping those in need.”

“This will be my last donation, seems like I’ve reached my max! This has been one of the best journey’s I’ve ever had to privilege to live. Another soon-to-be-mommy will be blessed with one of her own one of these days!”

“I hope I changed lives and brought so much joy. I hope to be coming for my 4th donation very soon again.”

“As I sit here thinking about my overall experience as a first time donor, it brings so much warmth and joy to my heart, the same feeling I had when I was first selected to donate the ultimate gift one woman could give to another. It was such a magical and rewarding experience working with the Cape Fertility team. Kindness walks all the passageways of the facility. This was my first time, but definitely not my last!”
“Donating always leaves me with the most wonderful feeling knowing that I have helped a couple in need. Definitely looking forward to donating again!”

“This has been my third egg donation with Cape Fertility and every time I donate I always feel safe, understood and cared for. From the first appointment up to the last and everything in between is always such a great experience. I would recommend Cape Fertility to anyone who would like to gift the world’s greatest gift to any family.”

You can join these amazing egg donors in our friendly, professional and leading Egg Donor Program at Cape Fertility!

If you are ready to donate a few eggs to help another woman fulfil her dream of having her own baby, you will be pleased to know that the first step is as simple as contacting us. It doesn’t matter where in South Africa you live. Even if you do not live in Cape Town, don’t worry… you can still donate in the beautiful city of Cape Town.

Simply fill in your contact details here, or contact our Egg Donor Fairy God Mother, Linda, on 066 22 55 003 or linda@capefertility.co.za. Your information is 100% confidential and will under no circumstances be made available to anybody else.

We look forward to welcoming you!

Get an Application Form Via WhatsApp